This article provides helpful information on Angola jobs, we trust that after your time on this content, whether you are a native of Angola or a foreigner seeking a job you will effortlessly navigate your way around.

Please read attentively as we take you on an eventful ride!

It is advisable to hunt for a job before going to the country, as foreigners may find it difficult to obtain a job after arrival.

In this paper, I will present a list of possible Angola jobs that a job seeker might look at, allowing you to discover whether any job vacancies in Angola match your professional qualifications.

Getting a job can entail a wide range of activities, including immediate short-term opportunities with the immediate impact or the development of more long-term lifestyles.

Working offers a lot of advantages. Some individuals love their professions because they can provide talents or information that are beneficial to others.

You may be able to spend time away from work traveling, visiting friends, or attending events if you have a steady income.

Any of the jobs listed in this article that are related to your field can be applied for. Everyone desires a better life for himself and his family, new opportunities for advancement, or just the opportunity to start a new life in a different place.

Let’s get started, but first, let’s have a look at the job market in Angola.

The Labor Market in Angola

High urban unemployment, including hidden unemployment among those who have given up looking for a job, high levels of informality in labor relations, and underemployment in rural areas, where unemployment is not a choice for the poorest, define Angola’s labor market.

Despite the fact that the lack of formal labor demand for better-paid workers is the main reason for labor market characteristics, there is generally a skill deficit in the labor force, i.e., a lack of a well-trained labor force, due to Angola’s low level of schooling and vocational training in comparison to its income per capita.

Because agriculture employs the majority of Angola’s population, there is a great need for highly skilled engineers, which means that ex-pats looking to migrate to the country have plenty of options. Because of the significant foreign investment in the oil industry, ex-pat jobs pay well. However, it’s worth mentioning that living costs in the capital are exceedingly high.

Angola, the continent’s fifth-largest economy by GDP and largest lusophone country, is an important market in Sub-Saharan Africa. The economy is driven by the oil and gas industry, with crude oil accounting for 97 percent of Angola’s exports.

For diaspora talent in Angola, there are a variety of career opportunities. The country has one of the most developed economies in Lusophone Africa, with the oil and gas sector serving as a major economic driver with numerous job opportunities for highly skilled individuals. 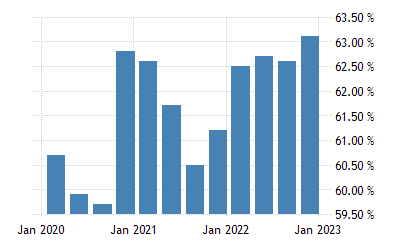 Angola’s employment rate is expected to reach 64.30 percent at the end of this quarter, according to Trading Economics global macro models and experts.

According to our econometric models, the employment rate in Angola is expected to be around 66.00 percent in 2023.

You may use this Angola Online Job Board to look for jobs, send resumes, and post jobs for free. This Angola Job Site also has the majority of the information you’ll need about Angola jobs.

The portal has been in operation in Angola for quite some time and provides a variety of career possibilities for both locals and expats.

The platform that keeps you informed about job openings in Angola is also regarded as one of Angola’s largest employment platforms. Making the job search process simpler and smoother If you didn’t enjoy the other two, this could be the one for you.

A good job portal to search for jobs in Angola.

Search for jobs from your computer, laptop, or smartphone, and get the best deals in Angola.

Indeed is a job search engine known and used by millions of people all over the world.

For English jobs in Angola, apply now on indeed to get administrative jobs, teaching jobs, secretary jobs, and more.

It offers jobs to job seekers from various categories, locations, and sectors.

Caglobal is a portal that aims at providing jobs for the African people.

They offer the best services to employers and job seekers in Angola.

Career Jet is a job searching engine that maps the selection of job offerings available on the internet in an extensive database by providing job listings from other job boards.

It acts as a traffic driver to other recruitment sites.

Kindly go to this site and search for available vacancies in Angola.

Gigajob Angola is a job portal whose mission is to create a platform where job seekers and recruiters can connect.

They offer employers free access to their CVS database.

All users can opt for free email alerts to stay updated on new jobs that match their profiles.

Glassdoor is a leading job and recruitment site where employees and former employees continuously review companies and their management.

It helps you know about company growth, its salary structure, and administrative structure.

It is a very good site for job seekers in Angola to search for jobs.

Rigzone provides the best oil and gas jobs in Angola.

Professionals with knowledge and skills in drilling, engineering, and more should apply on this site to get jobs in the oil and gas sector.

The working visa is valid for the duration of the employment contract, albeit it can only be granted for a maximum of 36 months.

Working visas are required by law to be issued within 15 days, although the authorities routinely wait two to three months to do so. A working visa will set you back roughly $100 USD.

You’ll need the following documents to apply for a work permit at an Angolan consulate:

According to a statement, the foreign individual is only allowed to engage in the professional activity for which the visa was granted, as well as work for the employer who requested it.

Many people in Angola are having trouble obtaining jobs these days. Reading this piece of Angola jobs, on the other hand, will teach you how to make things simple for yourself.

So, if you’re unemployed in Angola and seeking employment, this article should have given you a head start without requiring you to leave your home.